A Trojan infecting Android mobile devices. It is intended to send SMS messages and make phone calls covertly, as well as to collect all sorts of confidential information. Unlike most Android Trojans, this malware concentrates all its malicious features in a special Unix library while the Android.Titan.1 dex file is used as an auxiliary component. Once Android.Titan.1 is installed on the target device, it creates a shortcut on the home screen and waits for the user to launch it. 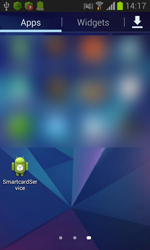 After it is launched by the owner of the infected Android device, the Trojan removes its previously created icon. It also removes the last SMS dialogue stored in the device memory and starts the com/Titanium/Synchronous/praesunt malicious service. Later launches of Android.Titan.1 are performed automatically at each startup.

Provides the cyclical start of com/Titanium/Synchronous/praesunt, thus maintaining a permanent Trojan's activity. In addition, this feature checks which application is a default SMS Manager, and if it is not Android.Titan.1, it tries to assign it as a default manager using the android.provider.Telephony.ACTION_CHANGE_DEFAULT standard system function.

Is also sends the following information about the compromised mobile device to the command and control server:

In return, the server can send commands to:

Collects information about all inbound SMS messages (sender, date and time of sending) and downloads the received information to the command and control server. If it is impossible to establish connection with the server, the information is stored in a local database and is sent later.

Monitors the status of the device's screen (active or standby mode) and sends this data to the server.

Collects information about the user's calls and send this data to the server.

Starts in the fillowing cases:

The Trojan is able to block certain calls and automatically take calls. In addition, the related information about the phone conversations is removed from the system logs.