A backdoor trojan for 32-bit Microsoft Windows operating systems. It is written in C++. Its main functionality is to obtain unauthorized access to infected computers and perform malicious actions on behalf of attackers.

Upon launching, BackDoor.Siggen2.3238 initiates a series of preliminary checkups. First, it receives the addresses of the following exported functions:

Next, it verifies the pointer to each function using the algorithm as follows: 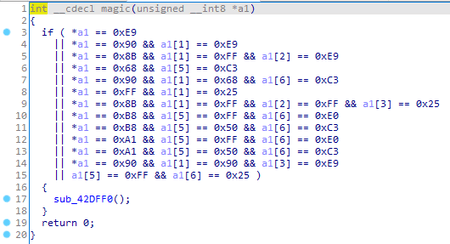 If the data at the pointer matches the one to be checked, the trojan allocates a memory region in the size of 1 byte, fills 10 bytes in this region with zeroes and tries to free it:

This operation is performed for each exported function. By doing so, the backdoor most likely checks for the active hooks in the functions and attempts to terminate the active process.

BackDoor.Siggen2.3238 then checks if the false and true strings hardcoded in its code are matching. If they match, the trojan checks for the VMWare and VirtualBox components, namely VMWare Guest Additions, Virtual Machine Additions and Virtualbox Guest Additions, are present in the system. After this verification is complete, its results are reset, and the trojan enters an endless loop where it doesn’t perform any other action. 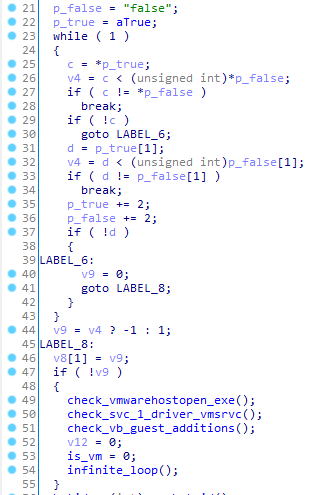 BackDoor.Siggen2.3238 can connect to the C&C server using both HTTP and HTTPS protocols. The analyzed trojan sample uses the HTTPS protocol. When sending the requests to the server, the following User-Agent is used:

With that, all the requests are sent with the set of the parameters as follows:

where each %s string is correspondingly replaced by the strings shown below:

After the initial verification is complete, BackDoor.Siggen2.3238 generates its own ID using the following function: 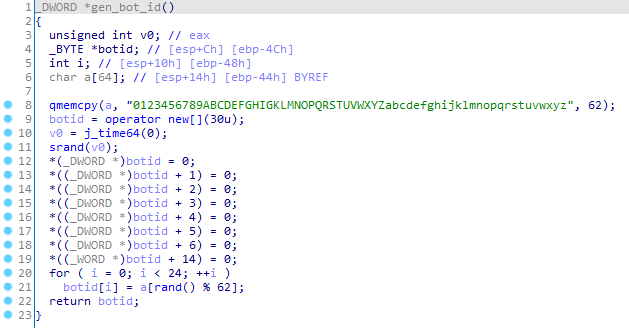 Next, it collects the information about the infected system and forms the string shown below:

where lan is the IP address of the infected computer, cmpname is the name of the computer, username is the user name, and version is a 0.0.4.03 string.

This information, paired with the sysinfo ID, is sent to the C&C server located at the https://31.214.157.14/log.txt. If BackDoor.Siggen2.3238 receives the HEART signal in response, the connection is considered successful, and the trojan proceeds to the main cycle of communication with the server.

To receive new commands, the backdoor sends the packet with the HEART command ID with the heart data. The server response that follows is parsed with the regular expression shown below:

The type string in this response characterizes which command needs to be executed, while other strings contain the parameters for these commands.

BackDoor.Siggen2.3238 can receive the following commands: