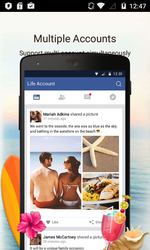 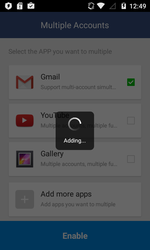 Part of the Trojan’s functionality is implemented by means of the modules kxqpplatform.jar and main.jar. They are encrypted and embedded into the PNG image icon.png that is located in a resource catalog. Once launched, the Trojan retrieves these components into its local directory in the /data section and loads them to the memory.

The module main.jar contains several advertising plug-ins designed to generate income. One of them is the Trojan Android.DownLoader.451.origin that covertly downloads applications and invites a user to install them. The module is also responsible for advertising.

In another version of Android.MulDrop.924, the module main.jar contains one more malicious plug-in that is detected as Android.Triada.99. It downloads exploits and uses them to get root privileges. In addition, this module can download and install various software programs.